You probably have heard the term lacquer thinner and know from the name itself that it is designed to thin out lacquer.

But there is more to the product than the name.

What is Lacquer Thinner? It is a combination of solvents that can dissolve the plastics or resins used in modern lacquer products.

As with most products that contain solvents, it is highly flammable, emits strong odors, and creates fumes that are harmful is breathed in.

The primary purpose of lacquer thinner is to thin paints that are made with lacquer or are lacquer-based.

They are primarily used to clean brushes, rollers, and spray paint devices after lacquer paints have been used.

Unlike water which does little to break up the paint, the ingredients of the thinner will break down the lacquer which removes it from the surface.

What is Lacquer Thinner Made From?

There are different solvents that are used depending on the brand of the product itself.

But the most common ingredient items include the following.

In addition to cleaning up lacquer paint from surfaces, it can also make the lacquer flow easier out of a spray gun.

Adding a small amount of thinner makes the lacquer flow better to create a finish that is smooth, glossy, and free of streaks.

It is also used to move adhesives and inks from different types of surfaces.

Lacquer thinner should be added a little at a time to produce the right consistency.

Otherwise, adding too much will make the lacquer paint itself running and too thin.

While many people will use lacquer thinner to clean surfaces as it works considerably better compared to mineral spirits, the toxicity and flammability of the product make it dangerous to use without considerable care.

Yet with the proper care, there are different uses for the product.

4 Benefits and Uses of Lacquer Thinner

Lacquer thinner is often used to remove the sheen on surfaces to make them more attractive, but that is but one of several uses.

When in the can it does appear to have a color, but that fades away as the thinner is applied and dries.

The solution of chemicals that make up lacquer thinner is perfect for dissolving or breaking up lacquers, paints, oils, grease, and any materials that have strong adhesive qualities.

However, they should not be used on oil-based paints as the interaction may cause cracks to appear on the surface.

Plus, you may not be able to properly gauge the reaction of the thinner to the paint, so it is best to test it on small out-of-the-way surfaces first and then judge the results.

In addition to the aforementioned products, lacquer thinner is also appropriate to use on the following.

Because many lacquer thinners contain kerosene, it is a powerful solvent against the paint.

This means that if you have spots of paint from drips, for example, you can quickly clean them away using lacquer thinner.

Even hardened stains on doorknobs, hinges or similar surfaces can be removed when applying a little lacquer thinner.

Just put a little on a cloth and rub it on the surface.

You may want to pour a little, just enough to cover the paint spots, let it sit for a few seconds, then rub it away.

Such products can also be successfully thinned and removed by using lacquer thinner.

This is because it often contains alcohol that can clean away the sheen or gloss on surfaces which in turn removes the aniline dyes and shellac.

As a general cleaner, lacquer thinner can also do the job well of cleaning the rust stains.

Mineral spirits and lacquer thinners can be used as degreasers as well.

Because it’s lighter than most chain lubes, you can use them for cleaning your drivetrain.

If you need to remove tar, grease, or tree sap, then also lacquer thinner is perfect for the job.

While there are specialized products that work just as well as lacquer thinner with less toxic ingredients, the thinner itself is a better-generalized product that can be used on a wide variety of items.

For if it’s wood stain, alkyd, or oil-based paints, then try turpentine as it can remove them successfully.

Just remember to wear a mask, and gloves, and be in a well-ventilated area.

In general, lacquer thinners are good to use for lacquer-based or NGR stains (non-grain-raising stains).

If the lacquer thinner contains either amyl, ethyl, or both, you can use them to thin out the gloss or sheen on surfaces.

It also will clean such surfaces to remove any grease or grime.

The best way to remove the sheen is by putting the thinner into a spray device.

Apply the thinner evenly across the surface, let it sit momentarily, then remove.

In addition to the sheen, it also removes residues from plastic or cement surfaces.

Plus, you can also remove stains caused by varnish or paint from many types of fabrics.

Just remember to use a spray instead of a nylon brush as the acetone present may weaken the bristles of the brush.

Paint and lacquer thinners may come in a variety of different containers that varies in size and shape.

Most of them are however packed in a can like that of paint.

Since these are flammable and can evaporate quickly you will need to make sure that you open up the lid carefully using the right opener tool.

While making use of a can opener tool to open the lid, do not apply too much pressure as it can damage or deform the lid making it hard to close after usage.

If you do not have an opener you can try opening the can by using a screwdriver, ice pick, swiss army knife, fork, etc.

Just pierce it from the top of the lid and twist it to break the seal.

You can find a good video here if you find your thinner can too stubborn to open.

A few safety guidelines you need to follow when using lacquer thinners are:

What if you get lacquer thinner on your skin?

Although lacquer thinners aren’t bad for your skin, they can definitely cause annoyance due to issues like redness, mild cracks, or spot-specific dryness.

Ingredients in lacquer thinner are labeled hazardous and hence if it gets on your skin you should wash off your skin immediately with soap and water.

For people with sensitive skin, there may be a burning sensation or unbearable pain felt.

If it continues, you should get in touch with your doctor to get medical help.

Are Lacquer Thinner and Paint Thinner the Same?

In short, paint thinner and lacquer thinner aren’t the same – but different.

Even though they both come from the same source (petroleum) and are considered to be noxious, they come with significant differences that make them effective for yielding different finishes.

The basic difference between the paint thinner and a lacquer thinner lies in the differences in their chemical composition and flammability.

Since lacquer thinner is richer in volatile hydrocarbons and light molecules (that vaporize easily), it’s more volatile and flammable compared to paint thinners.

Remember, the actual composition of the thinners may vary depending on the distillation process it has undergone through.

While most paint thinner includes Stoddard solvent with heavier molecules, lacquer thinner is a blend of two or more solvents.

As mentioned before, it usually contains solvents like xylene, acetone, toluene, and methyl ethyl ketone which are made up of lighter molecules.

Also, due to the fact that the molecules in the paint thinner are heavier (usually because of the Stoddard solvent it includes), it carries an oily texture.

Lacquer thinners, on the other hand, vaporize quickly and hence make your finger feel cold when touched.

What about Mineral Spirits or Denatured Alcohol?

Unlike, paint or lacquer thinners they are usually more effective even when applied in smaller quantities.

That’s the reason you can use them (instead of thinners) for fiberglass or gel coats without hurting the surface.

Many people in different countries use the term “mineral spirits” and “denatured alcohol” interchangeably for one another.

Although both of them are effective for thinning enamel paints (lacquers or shellacs) and cleaning brushes, they aren’t the exact same products.

Due to the fact that it is more hazardous than many other solvents, denatured alcohol is now banned in many countries.

Is Lacquer Thinner and Paint Reducer Same or Different?

Paint reducer (in the automotive paint industry) is different than lacquer thinner.

The main difference lies in the type of paint that can be thinned and is being applied.

While thinners are generally meant for lacquer-based paints, reducers are designed to be used for urethane-based paints.

Remember, many European companies refer to reducers as thinners.

So, if you are really confused, it’s good to check with the paint brand for instructions on which type of solvent to use.

What are Few Household Alternatives to Lacquer Thinner?

Just in case you are low on budget or have finished up your solvent in between the project, there are a few lacquer thinner alternatives that can be used.

Some of these products include:

These household products may work for you without hurting the wallet too badly.

While I have personally used turpentine, rubbing alcohol, and kerosene as a good alternative to lacquer thinner, I am not sure how well these other products can work for your project.

If you plan to use these other alternates, I recommend trying them in smaller quantities first so that you don’t damage the finish on your surfaces.

Oil-based paints and lacquers are among the preferred coating for exterior surfaces, trims, home furniture, kitchen, or bathroom cabinets.

However, a good thinning solvent like a lacquer thinner is what you require for getting the right finishes on these surfaces, especially when spraying lacquer.

Since the chemicals in it can also work to dissolve oils and greases, it can be used more than a paint thinner – like for cleaning auto parts, tools, and other machine components made up of metal.

Just make sure that you read all the manufacturer’s guidelines first, to ensure you do not damage anything it’s not compatible with.

Radon Paint Sealer – Does it Really Work for Basement? 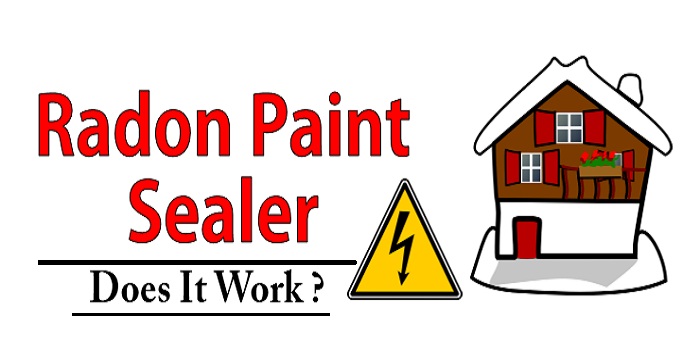 With Radon warnings and sealers out there, it can send your head into a spin about whether this is all Read more

What is the Best Paint for MDF Board and Cabinets? 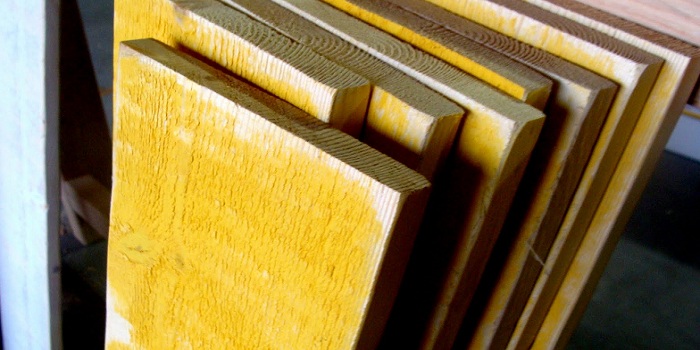 We all love MDF for our various projects, including furniture and cabinets. After all, it's cost-effective compared to other wood Read more

Glow-in-the-Dark Paint for Walls: Does it Last Forever?

For those who want their walls to have a unique appearance, glow-in-the-dark paint is one way to express creativity. As Read more

In What Ratio Should You Mix Valspar Hardener to the Paint?

For over two hundred years, the Valspar brand has been associated with quality. Starting in 1806, the company grew into Read more