You may have noticed that over time, objects made of copper, bronze, and related metals start to turn a different color.

This is known as patina, a tarnish that forms on the surface of such materials.

Patina is formed when the metal is subjected to the environment, particularly weathering.

In addition, patina can form through polishing, wear, and even age.

The most obvious effect is that the bronze, copper, or related metal is altered in its coloring.

However, while patina is created through the process of oxidation and reduction, the result is not damaging to the metal itself.

Patina is a tarnish that coats and protects the surface of the metal.

However, patina is created by oxidation. So, it is fair to call it patina rust. But it does not harm the metal itself. Patina coats and protects the surface underneath.

The most common type of patina is found on coins that are made from copper, bronze, and similar materials.

Archeologists have found patina-coated coins that date back many centuries.

It is believed that once a metal is covered in patina, it will be protected from weathering and the elements for up to one hundred years before the object itself becomes decayed.

If the material is covered in patina and then protected from the elements, such as being buried in the ground, it can last for much longer.

What’s the Difference Between Tarnish and Patina?

There is no substantial difference between tarnish and patina because patina is really a form of tarnish.

Both are different than rust even though they are created in a similar fashion.

However, tarnish, and patina is created through oxidation, while rust is assisted by deterioration.

Rust will slowly break down metals, causing them to fall apart over time. While tarnish and patina simply cover the surface and cause discoloration to occur.

In addition, tarnish and patina form through the process of oxidation. This means exposure to oxygen that is in the air.

Rust takes that a step further because the presence of moisture is required.

It is why metal objects in the desert tend to take far longer to form rust because of the lack of moisture.

However, patina and tarnish will form under such dry conditions.

Perhaps the most obvious difference between tarnish and patina is that patina is generally desired while tarnish is not.

Tarnish tends to dull the appearance of an object, while patina is seen as an enhancement.

This visual difference is really the most important because tarnish will protect the surface of the material from rust.

Tarnish is created by the combination of oxidation and sulfur dioxide.

When both elements form on the metal, the result is a slight deterioration to the surface, but the most obvious result is the change in color.

Another method by which tarnish is formed is through abrasion.

Metal surfaces that are rubbed with some frequency against another surface may form tarnish in that area.

What’s the Difference Between Patina and Verdigris?

The patina should not be confused with verdigris, although it often has been. It is because verdigris also protects the surface of certain metals, which include copper.

While patina is a change to the surface of the metal that occurs during weathering, verdigris is really a green pigment that is based on copper.

Patina can form on the surface of metals such as copper, bronze, or brass due to exposure to the elements.

It can even form on certain types of stones along with wooden furniture.

Verdigris is a green pigment that is created when acetic acid is applied to copper plates.

You may have noticed such green pigments on copper roofs of structures that are near seawater.

It is because seawater contains acetic acid which becomes airborne and interacts with the surface of the copper.

The result is that the familiar green pigment is formed, which provides a layer of protection to the surface of the copper.

The most prominent example of verdigris can be found on the Statue of Liberty.

Being surrounded by seawater, the green pigment formed on the copper plating rather quickly.

It provides a level of protection that prevents rust from forming. The natural appearance of the Statue of Liberty is that of copper.

And that is the difference between patina, tarnish, and verdigris. All three offer the benefits of protecting the copper, bronze, or brass underneath.

Many find it desirable to have such coatings form to protect such objects from rust which would destroy the materials.

How to Get Rid of Paint Thinner Smell After Home Repaint?

One of the greatest feelings in the world is finishing a project. Whether it be remodeling part of your house Read more

How to Get Oil-Based Paint Out of Carpet? 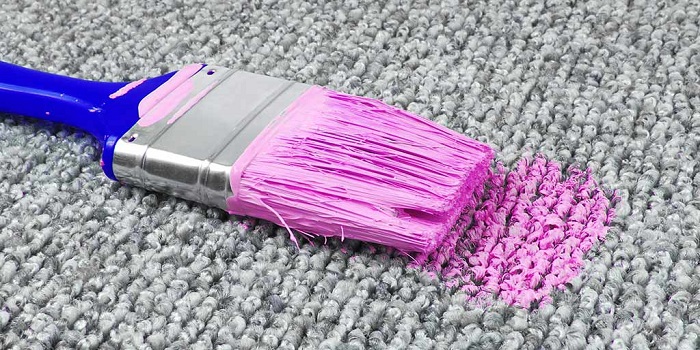 Painting your home can be a fun, therapeutic, creative activity. Whether you’re painting peaceful natural landscapes, redoing the walls of Read more

What to Do with Empty Paint Cans – Can They Go in Garbage? 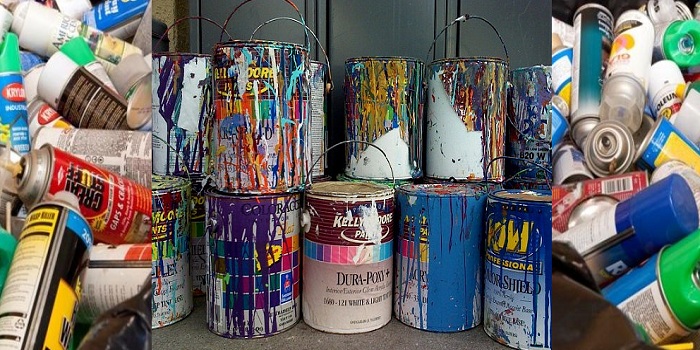 Old & Empty Paint Cans We see continuous development around the globe all the time. Due to this, you can Read more

How to Use TSP Cleaner before Painting Cabinets?

Repainting your cabinets is a great way to give your kitchen a fresh, newer look. However, there is a deceptive Read more