The satisfactory performance of coatings relies on adhering to the substrates to which they were applied.

To find out if the coatings have adhered properly, there are different types of tests that can be performed.

Such methods may include a pull-off adhesive tester or a simple knife.

The purpose of testing is to ensure that the coatings properly adhere to the surface material.

And if a failure occurred, whether it was due to the coating film, the substrate, or the adhesive or glue itself.

You’ll find many national, and international standards require the reasons why a failure occurred to be recorded and reported.

Although there are two major types of tests (knife and pull-off adhesion tests), there are a few other types as well that are many times used depending on the surfaces and industries.

Here are various types of testing methods mostly used for paints and coatings.

All you need is a utility knife to slice into the coating. This will tell you if the coating properly adheres to the substrate or to another coating if you are using multiple coatings on a surface.

The goal is simple, cutting into the coating will tell you how difficult it is to remove from the substrate or surface and how much will come off.

Just cut an X-shape into the coating that reaches the substrate.

At the point of the vertex, the tip of the knife is used to lift the coating from the substrate. Or it can be used from the coating, which is below.

The test itself is rather subjective and will depend on the experience and observation powers of the person making the test.

For example, if the coating itself is quite strong but rather brittle, then it may appear to have far less adhesive qualities than it really has when using the knife test.

Plus, the knife test does not correlate with other types of testing.

Considered a more formal version of the knife test, the tape test uses a pressure-sensitive tap that is applied over cuts made into the coating.

You can use the X-shape cut or a cross-hatch tape test to get the results.

The X-cut is mostly used at job sites when speed and efficiency are required.

Start with a sharp blade, razor, or scalpel and create an X-shape cut into the coating, which reaches the substrate.

The cuts will need to be straight, so be sure that the device you are using is metal for the best results.

Next, place the tape at the point where the two lines meet, which will be the center of the X, and remove it rapidly. Inspect the tope and the area to see if the coating has held.

The crosshatch tape test is mostly used in laboratories and is typically applied to thin coatings of 125 microns or less.

A crosshatch pattern is cut into the coating, and the tape is applied. As with the X-cut, the tape is rapidly pulled away, and the results are judged.

Ideally, there should be little to any indication of the coating being removed from the surface. You may see faint signs of the coating color on the paint.

However, if you pull up pieces of the coating, then the test is considered a failure.

This is arguably the least-used of all testing because it mostly happens in the laboratory.

Such testing is limited to panels that are relatively small, flat, and smooth.

The adhesive qualities of the coating are determined when the coating panels are pushed beneath a loop or rounded stylus in increasing amounts.

Once the coating is removed from the substrate surface, a balanced-beam scrape adhesion tester is used to determine the results.

The pull-off adhesion test may sound quite similar to the tape test.

However, this uses a loaded fixture such as a stub or dolly that is fixed to the coating by the use of a separate adhesive.

The stub is then pulled off once the adhesive is ready.

Although similar in application, the pull-off test does not require making cuts in the coating. Plus, the adhesive strength is far stronger compared to the tape.

Whatever area of the coating is weak enough to be pulled away will happen when using this type of testing.

The pull-off testing is used for results that require greater adhesion of coatings to the substrates, such as in commercial or industrial applications.

Such results are not comparable to the knife or tape test. Plus, different instruments will yield different results.

As such, using different instruments may not be comparable to each other, let alone using a knife or tape test.

You can purchase portable pull-off adhesion testing kits that may include the following methods.

Depending on which test is performed, you will need to use the proper measuring results as per instructions.

For the best results, all three types of tests work properly when the pulling force is perpendicular to the surface.

Be sure to use the same test and method of removal for every area of the coating that you wish to test.

You can find adhesion testing kits that measure the results on different types of substrates or materials.

In addition, decreasing the dolly size from 20mm to 10mm will increase the pull-off range by a factor of four.

This will simplify the process and standardize the testing for materials that are similar in nature.

There is a myriad of other adhesion tests available, though most of them are used sparingly or in controlled environments.

Tensile test machines that have the paint applied to the substrate and use a textile strip that is embedded are one method. The tensile machine will then pull the cloth and substrate.

Or the paint can be applied between sheets of the substrate where the machine will pull on both sides. The results can be accurately measured as to its inherent strength.

Another type of test is bending the substrate. This only applies to substrate material that can be bent without damaging it.

The coating is normally placed on fabrics that can be deformed through bending or twisting.

The result is that the stresses applied can be measured, and any fracturing may be observed to test the adhesive qualities of the coating.

The bending test offers the advantage of speed and accuracy but only works when the substrate or material is inherently flexible.

The formability test is used mostly for zinc-rich primer or chromate complex coatings that have been professionally applied.

The test substrate is then stretched biaxially across a pre-determined distance.

The amount of coating removed by this process is determined and reported per the coating adhesion rating.

Impact testing is another method. This is performed to test the hardness of the coating when applied to the substrate. Such tests of this nature include the following.

Often such tests will produce chipping, which is recorded in terms of size and material amount. This will provide a strong indicator of the hardness of the coating.

And finally, adhesion may be tested chemically. Such chemicals are applied to the coating to see if the adhesion holds.

Such tests will generally create blisters, bubbling, or coating itself sliding off as the adhesion breaks.

How to DIY Paint a Concrete Floor in Your Basement? 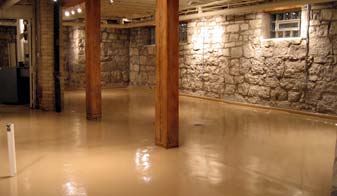 Your basement is the perfect spot for building rooms you may not want in the main house. These may include Read more 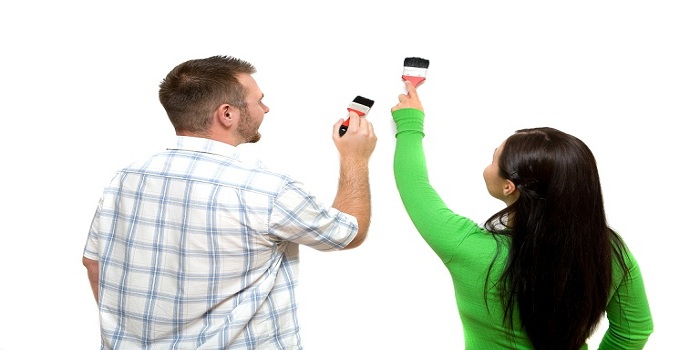 Drywall is basically a panel composed of calcium sulfate dihydrate or gypsum. Other names include plasterboard, wallboard, sheetrock, gypsum board, Read more 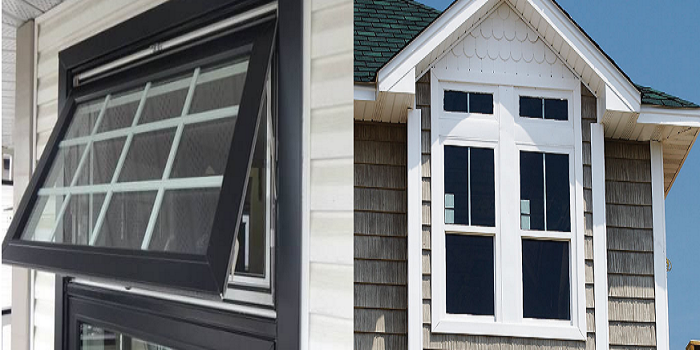 Repainting the wooden window frames of your house is like putting on a nice, new summer dress after a long, Read more

How to Spray Paint Interior Walls and Ceilings? [Easy and Fast] 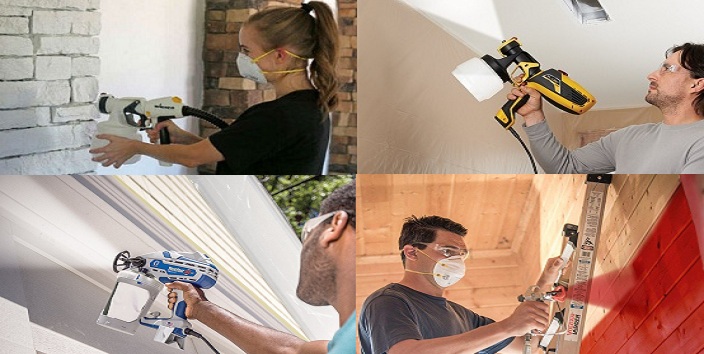 While brushes and rollers are the traditional means of painting walls, spray paint is coming more in favor. For many Read more