The differences between ivory and cream may seem semantic to a large degree, but there are differences, even if they are subtle ones.

For those who are deciding between the two, it is important to understand the similarities and differences.

Both cream and ivory are variations of white. The similarities start with both ivory and cream containing a similar yellow hue.

This is present in both colors for different reasons and sources, but that is what links them together.

For many, the similarities may be such that either one can be used for most applications. But the truth is that there are differences that need to be considered.

What Color is Ivory?

Ivory comes from the tusks of elephants, a substance known as dentine. It has a strong blush of white, especially when new.

But ivory also has a yellow hue as well. The older the ivory, the more the yellow hue is present.

Ivory has gained in popularity in recent years, especially with items normally associated with pure white such as wedding dresses.

The ivory gives off a timeless color thanks to the slight yellow hue. This means that it can be used with other color combinations to greater effect.

What Color is Cream?

Cream color comes from the cream created in the butterfat of milk. It is a silky rich color that does possess a small amount of yellow hue.

The yellow in cream and the silky texture of the color is perfect for painting rooms and other uses.

To be fair, cream often has a slightly darker yellow undertone compared to ivory, so the mixture of colors might be limited to a certain degree.

However, the overall choices are not bad when using the cream for rooms such as the kitchen, hallways, and any other interior space that needs additional light while keeping a warm quality.

Differences Between Ivory and Cream

The yellow hue is important because it means you should not mix either color with pure or arctic white, which has no yellow hue unless you are looking for a stark difference.

For home décor, the cream is generally a little bit lighter than ivory, and it also has a more noticeable yellow tint. Ivory, on the other hand, is usually a little bit darker and has a silvery sheen that can give it a luxurious look.

The cream color in homes is often used to create more traditional vibes, while ivory is considered to be more modern.

This is simply due to the fact that ivory has a slight silvery sheen to it that looks even more awesome, especially when sunlight hits them on painted walls.

Put simply, ivory, when new, has less of a yellow hue compared to cream. But even older ivory will still not match cream in terms of the amount of yellow hue that is present.

The cream has a buttery look, as you might expect given its source; cream-colored paint should be used for its yellow undertones and paired with colors that will not augment the yellow or jaundiced appearance.

While ivory, on the other hand, is often used with fabrics or silk taffeta draperies that give off a silvery appearance. An appearance more in line with bleached bone than anything else.

What’s the Difference Between Ivory and White?

When differentiating ivory vs. white, ivory can be defined as a shade of white in simple terms.

Ivory is a softer shade of white with yellow undertones. But it is not as pure or bright as white because it is mixed with other colors.

Ivory is a little bit closer to white than cream because the cream color has substantially more yellow, which makes it look more vibrant.

There is also an umbrella term for a variety of shades which is “off-white.” These include cream, ivory, eggshell, and vanilla.

While they differ slightly from pure white, they are all brighter and cleaner than darker shades that are used for wall paint decor.

Remember, there is also the difference between ivory and beige colors.

While ivory is a soft shade of white, beige is a lighter soft shade of brown or tan. Beige is also not the cream or off-white color which many people may think.

When it comes to home décor, cream and ivory are two colors that are often used interchangeably, but there are some subtle differences between the two.

When choosing between ivory and cream, consider the setting in which they are to be placed.

Overall, the cream is a more old-school yet timeless color, while ivory tends to be a little bit darker and brighter.

Can Propane Tanks Be Painted – What Paint and Color to Use? 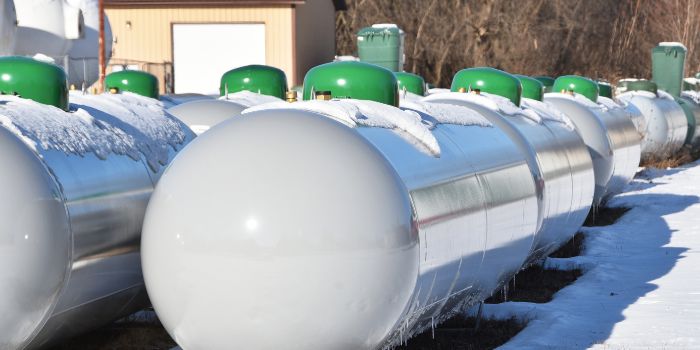 Propane tanks serve important purposes in your daily life, but having them around can prove to be something of an Read more

Can You Use Mineral Oil on Stained Wood? 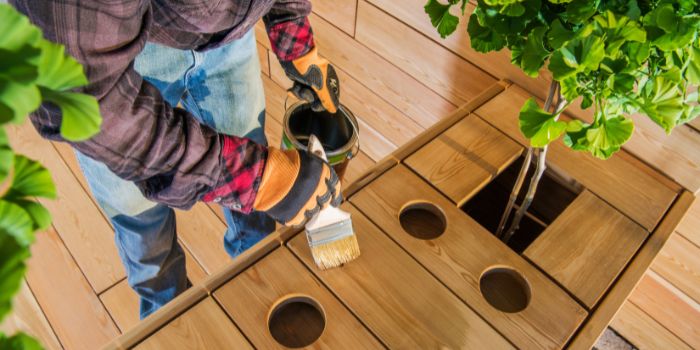 Yes, you can use mineral oil on stained wood. Particularly it works better if it's a water-based stain that you Read more 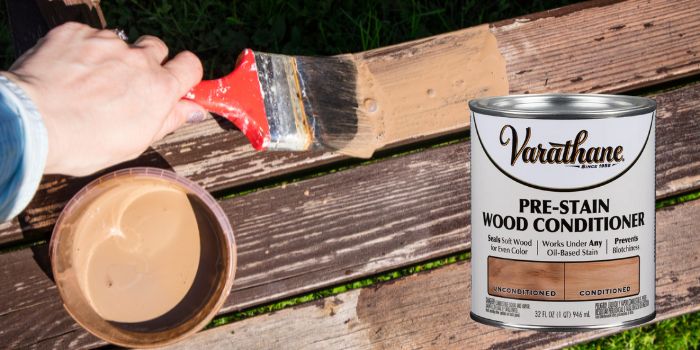 Wood conditioner is appropriate to use before you stain the wood surface. However, since finishes like danish oil, tung oil, Read more

Can You Paint the Plywood Subfloor – How Long will it Last? 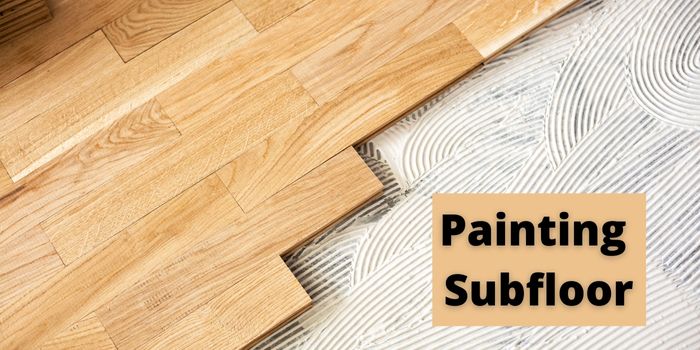 When you're thinking about investing in a completely new look for your plywood subfloors, it's crucial to know what type Read more